What is Test Driven Development/Design?
Test driven development is not about testing; it’s a technique that teaches you to think about the code. The unit tests we get in the end are just useful side effects. In simple terms, it is defined in the red-green-refactor terms.

DEMO
Imagine we are developing a music analysis and suggestion app. All it does is to get information and give suggestions related to the queried artist. A sample Java gradle project is used for quick demo using JUnit on intelliJ IDE. The following example we won’t run through whole app development but just a single step. 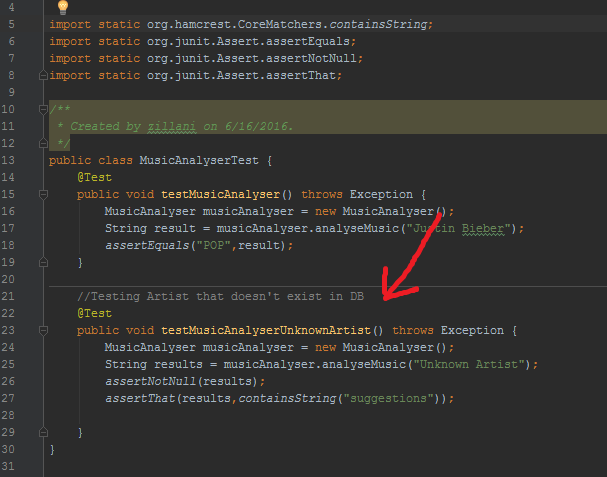 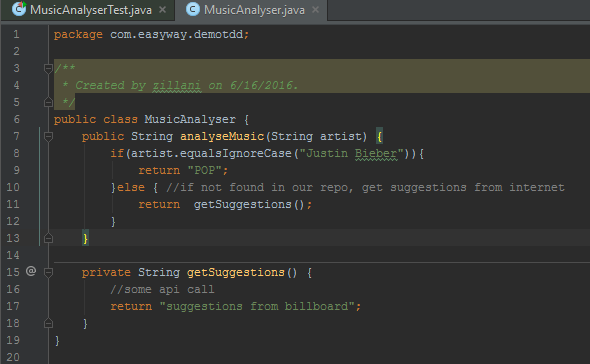 Now run the test again, see them pass and the RGR cycle repeats.

Summary:
TDD should be approached as a habit; here’s some roots of discipline that should be practiced during TDD. Here are a few books that give clear and detailed picture about how TDD weighs in Agile development process, along with Intro and Best Practices.